- Φεβρουαρίου 19, 2016
Memcomputing is a new computing paradigm that is based on the idea that the memory can and should be used to compute. The idea is based on the functionality of the brain where neurons are used to both store information and process it.  In particular the following drawing shows the way a memecomputer operates. The zigzag arrow specifies that  a signal is sent.  All other arrows designate flow of information. 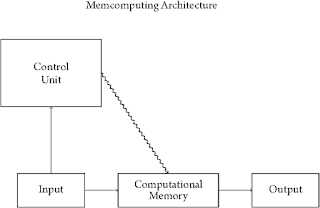 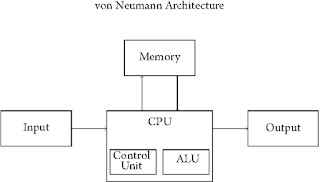 I think the difference is obvious. The interesting thing with me memcomputing is that the people who designed this computer architecture published a paper where they claim that memcomputers can solve NP-complete problems. In particular, they claim that their machine can solve instances of the subset sum problem. This problem can be phrased as follows:  Consider a finite set G of integers  having n elements, is there a non-empty subset K of G whose elements sum up to s? As happens in this and other similar cases, a number of people com forward just to question the last claim without reconizing the general contribution of people. The Shtetl-Optimized blog is such a medium. What is really annoying with such media is that their authors completely ingore Socrates's dictum: I know that I know nothing…

- Δεκεμβρίου 06, 2020
A new kind of quantum computer that harnesses photons has achieved a new breakthrough in quantum supremacy. In particular, this machine completed a computational task in 200 seconds while an ordinary supercomputer would require 2.5 billion years. The computer employes a technique called Gaussian boson sampling (a photon is a boson) and a complete description of the machine is given in an article published in Sciece (everyone can read it for free).
Διαβάστε περισσότερα

On the Limits of Computation

- Φεβρουαρίου 10, 2021
Recently I wrote an article on the The Limits of Computation , which was published in Philosophy Now . In this article I argue in favor of the idea that the limits of computation are currently unknown. In addition, I explore how this idea affects our understanding in a number of areas.
Διαβάστε περισσότερα

On page 53 of the book Mathematics by David Bergamini one can read the following:
Διαβάστε περισσότερα